Nelson E. Keller (1914-2011) A former employee of General Electric Supply Corporation from 1932 to 1941; Douglas Aircraft from 1942 to 1945 and Southern Gas in 1946 and 1947. Served on Oklahoma City Council from 1960 to 1964. Was Vice-Mayor of Oklahoma City and has served the State of Oklahoma as Chairman of the Public Employees Relations Board. He is a Past President of the Oklahoma City Sales & Marketing Executives Club. He started Gas & Electrical Equipment Company in 1947. He retired in 2005 at the age of 90. 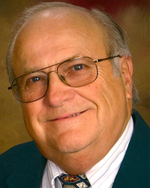 President Except for his years in the military and with RCA, he has been employed by Gas & Electrical Equipment Company since before graduation from high school in 1957. He was employed by RCA Corporation from 1972 to 1976. He served his country during the Vietnam War. He is a member of Kappa Alpha Order at the University of Oklahoma where he holds a degree in marketing and management.

He is a past Vice-president of Oklahoma City Sales & Marketing Executives Club, past Chairman of the City Planning Commission, Board of Adjustment, Parkland Review Committee, Olympic Festival Committee and Capitol Improvements Committee. He was a founder of the Independent Distributor Association and served as President from 1999 to 2010. 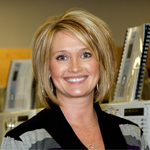 Vice-President, Finance & Personnel Mickie came to the company with 5 years experience as a bookkeeper. Since joining the company, she has continued her education at Oscar Rose Community College and Rockhurst College specializing in computer skills and credit & collections. 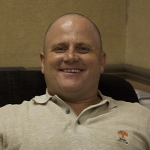 Brian Keller Vice-President, Hearth Division & Traffic Joined the company in 1995 with several years experience in warehousing and traffic at a major retailer. He has continued his education at Oscar Rose State College, through the National Fireplace Institute Educational Programs and through HPBA CEU Courses on Management, Marketing and Hearth Design.

Brian is a member of the Board of Directors of the South Central Hearth, Patio, Barbeque Association. Brian is very active in his church and coaches many youth sports teams in his hometown of Edmond.